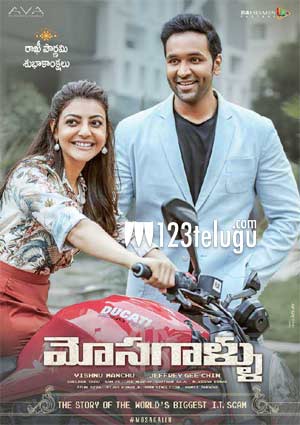 Actor-filmmaker Vishnu Manchu’s latest film, Mosagallu, is all set to hit screens worldwide in a few hours. Vishnu has invested heavily on this thriller, which is based on the world’s biggest IT scam that was unearthed in Mumbai a few years ago.

Now, the latest buzz reveals that Vishnu has spent nearly Rs 51 crore on Mosagallu. In a recent interview while promoting the movie, Vishnu revealed that he has invested all his savings to make Mosagallu in Telugu and English and that he has been feeling the heat for the last couple of weeks and that’s making his family members restless.

Explaining where a major chunk of the film’s budget went into, Vishnu revealed that he had bought the copyrights of the newspaper articles that published the IT scam news. And for the Hollywood version, Vishnu got the film and its cast and crew members insured in America and these two have covered over 20 percent of the total budget.