Most awaited horror thriller wraps up its shoot
Published on Jul 2, 2016 9:24 pm IST 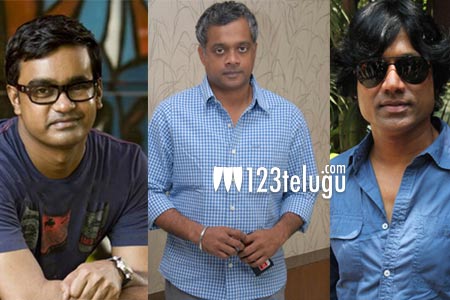 Touted to be a crazy project with three directors teaming up, the most awaited Tamil horror thriller, Nenjam Marappithalai, has wrapped up its shooting yesterday. The film sees the coming together of three star directors, Selvaraghavan as its director, Gautham Menon as the producer and SJ Suryah as the male lead.

The film will now move in to its post-production phase and the makers will release it in Tamil and Telugu in either August or September.