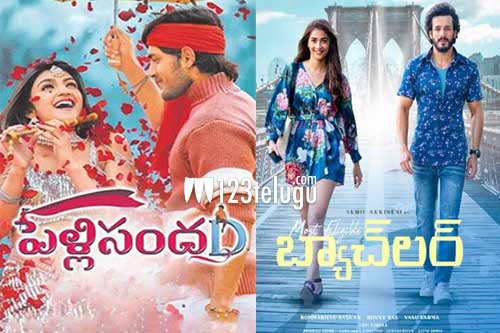 Akhil Akkineni and Pooja Hegde’s much-talked-about romantic entertainer, Most Eligible Bachelor, released on the auspicious Dasara festival. The Bommarillu Bhaskar directorial has been getting a decent response from fans and it’s reflecting in the film’s box-office collections. On it’s day 2, Most Eligible Bachelor collected a cool Rs 1.75 crore share in the Nizam region, taking its 2-day total Nizam share to Rs 4.62 crore.

On the other hand, young actors Roshann and Sree Leela’s Pelli SandaD also released on Dasara. While the reviews and the word of mouth has been dismal, the box-office numbers aren’t encouraging either. On its day 2, Pelli SandaD collected a share of Rs 21 lakhs in Nizam. While the film may post somewhat decent numbers even on Sunday, the real test will begin from Monday.