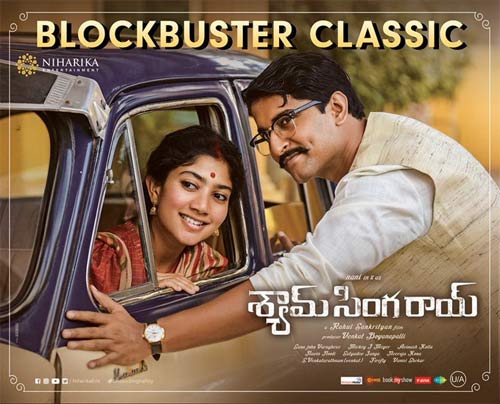 Natural Star Nani and Sai Pallavi-starrer Shyam Singha Roy, which was released in the last week of December 2021, has been doing well at the ticket windows.

Everyone fell in love with Sirivennala song, penned by legendary lyricist Seetharama Sastry. Those who watched the movie also loved the female version of the same song, which is only limited to the film. Later, many people requested the team to release the song.

Upon the request of the audiences, the makers have finally released the female version sung by Chaitra Ambadipudi, who also crooned Edo Edo in Shyam Singha Roy.

Directed by Rahul Sankrityan, the movie has the soulful music of Mickey J Meyer. To note, the movie will be available to stream on Netflix from January 21.