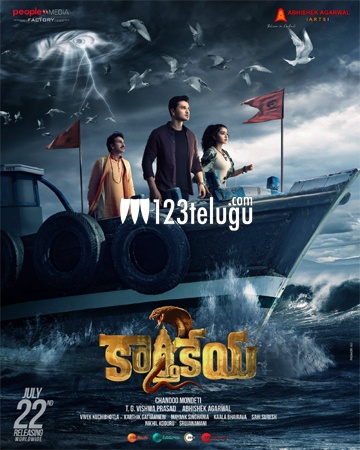 Young and talented actor Nikhil Siddharth has teamed up one more time with the director Chandoo Mondeti for Karthikeya 2, a sequel to the hit film, Karthikeya, released in 2014. Anupama Parameswaran is the female lead in this movie.

On the occasion of Nikhil’s birthday, the makers of this pan-India movie released a motion poster of the film. The motion poster reveals that the film is about the search for secrets that were hidden beneath the sea near Dwaraka. The glimpse is quite intriguing and created the much-needed hype.

People Media Factory and Abhishek Agarwal Arts have joined hands to produce this mystery movie. Having Kaala Bhairava as the music director, the movie is scheduled to release on July 22, 2022, worldwide, in Telugu, Tamil, Kannada, Malayalam and Hindi.