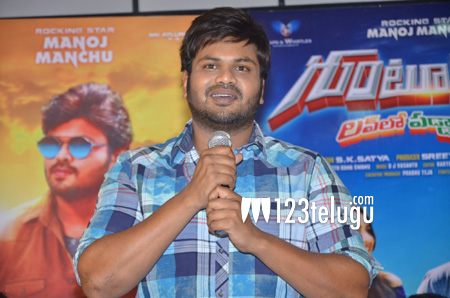 Manchu Manoj’s Gunturodu opened to some mixed reviews all over. But the collections of the film have been quite strong especially in the B and C centres of both Andhra and Telangana regions.

Speaking at the special press meet today, Manoj said that the mouth talk of the film is very good and that’s what matters for a film. He also added that he will soon be touring various cities to promote the film.

Manoj finally ended by saying that they made the film for the masses and have achieved success with the film being appreciated commercially. Pragya Jaiswal plays the female lead in this film which has music by DJ Vasanth.