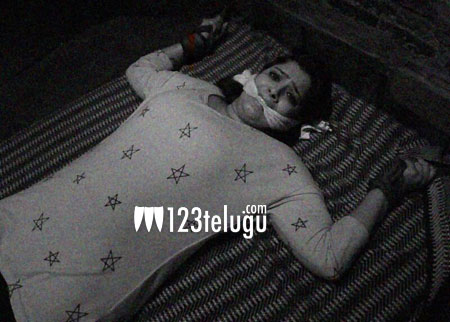 Soon after the horrific kidnap and molestation incident of Malayali star heroine Bhavana, young Tamil actress Varalaxmi Sarathkumar even kick-started the Save Shakti campaign against sexual abuse on women.

But Varalaxmi herself has fallen prey to an insensitive publicity stunt by her upcoming movie’s overenthusiastic​ crew. Since the last couple of days, a photograph in which Varalaxmi was seen handcuffed on a bed and her mouth gagged has been going viral on social media with the hashtag #VaralaxmiGotKidnapped.

This naturally ​left everyone shocked and there has been a widespread outrage on social media against this cheap publicity stunt. Varalaxmi finally intervened​ and clarified saying that the image is from a kidnapping scene in her upcoming film and that one of film’s Assistant Directors leaked the picture.