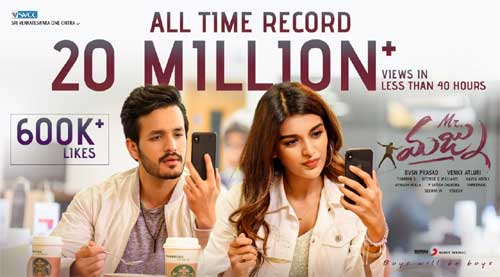 Akhil Akkineni’s third film, Mr Majnu, released in January last year amid high expectations. Akhil, who was hoping to score a hit with this Venky Atluri romantic drama, was left disappointed as the film had to end up as a failure at the box-office.

With the absence of movie theaters due to the Coronavirus scare, Mr Majnu looks unstoppable on the digital platform and is expected to set some new records.