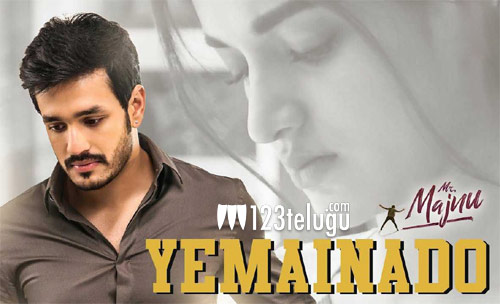 The much-awaited first single ‘Yemaindo’ from Akhil Akkineni’s third film, Mr Majnu, has been released this morning. The song has been composed by Thaman, who has been constantly churning out some chartbusting soundtracks of late.

Yemaindo offers an out and out mellowed melodious treat. Armaan Malik breathes life into Srimani’s poignant lyrics with his earnest rendition. Thaman brings out the pain through the opera-like violin arrangements. The song was shot in some splendid locations, and both Akhil and heroine Nidhhi look their best.

Venky Atluri is directing Mr Majnu and BVSN Prasad is bankrolling the project. The film is slated for release on January 25.