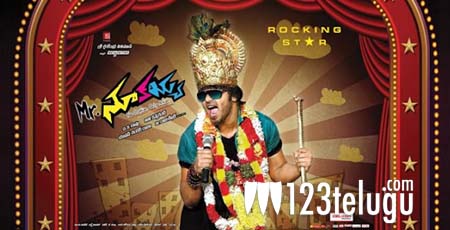 Rocking Star Manchu Manoj is upbeat about his forthcoming release ‘Mr. Nookayya’. He says the movie will be a minimum guarantee entertainer. “Mr. Nookayya will be a guaranteed entertainer and the movie will entertain movie lovers greatly”, says Manoj. The romantic comedy entertainer is set to hit the screens tomorrow (March 8th) and the movie has Sana Khan and Kriti Kharbandha in lead roles opposite Manoj. Manoj plays the role of a cell phone thief in the film and Ani Kanneganti is the director.

The movie is said to contain good amounts of action as well as humour and some of the action sequences have been composed by Manoj himself. Yuvan Shankar Raja’s rocking musical track has already become extremely popular and this is expected to be another major asset for the film.