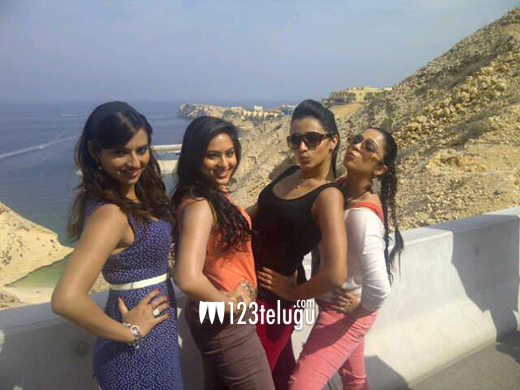 Successful producer MS Raju is busy with his direction assignments and is eagerly waiting for a good success at the box-office. His last directorial venture ‘Tuneega Tuneega’ was received with Luke warm response.

MS Raju is gearing up with his next film titled ‘Rambha Urvasi Menaka’. This movie is expected to be a full length action entertainer. There are apparently a lot of action sequences in the film and the cast of the movie had a tough time shooting for those action scenes. Veteran fight master Vijayan is choreographing the fights in the film and most of the sequences were shot in Gulf countries. This movie is being made in Tamil as well as Telugu.

Trisha, Charmme, Isha Chawla and Nikeesha Patel are playing the lead roles in the movie. Mani Sharma is composing the music of the film.