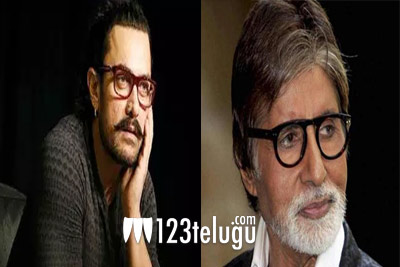 Thugs Of Hindostan, the upcoming Bollywood action fantasy film, has set a new record for any Indian film ever made. The film has recorded the most expensive outdoor shoot in the history of Indian Cinema.

Thugs Of Hindostan’s team had spent 45 days in the European island country, Malta. International set designers we’re roped in to build two giant ships and a huge fort. Buzz is that the makers had shelled out a whopping 80 plus crore to create larger than life images for several crucial scenes in the film.

Thugs Of Hindostan features Bollywood superstars Amitabh Bachchan and Aamir Khan, while Katrina Kaif and Dangal girl Fatima Sana Shaikh are the leading ladies. This 200 crore magnum opus is being directed by Vijay Krishna Acharya and produced by Yash Raj Films. The film is slated for release during Diwali.