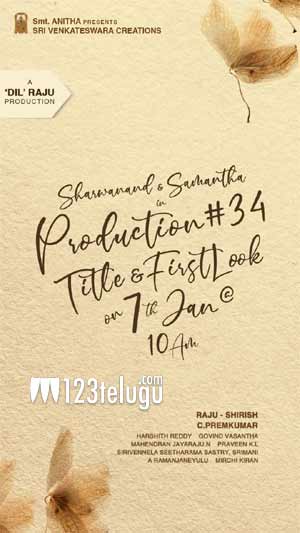 The Telugu remake of the blockbuster Tamil romantic drama, 96, is one of the most eagerly awaited movies of 2020. Samantha and Sharwanand are reprising Trisha and Vijay Sethupathi’s roles in this Dil Raju production. Premkumar, the director of the Tamil original, is also helming the remake.

The latest update is that the title and first look poster of 96’s Telugu remake will be out tomorrow (Jan 7) at 10 am. The film’s shoot has been wrapped up already and the post-production work is going on at the moment. Govind Vasantha, the talented music director who composed a soulful soundtrack for the Tamil version, is also scoring for the Telugu album.