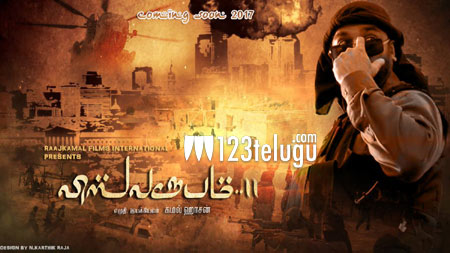 Here’s a thrilling news for all the fans of legendary actor-filmmaker Kamal Haasan. The actor’s long-delayed film on global terrorism, Vishwaroopam 2, is finally out of the cans and the post-production formalities have begun in full swing.

Currently, the film’s dubbing, VFX and DI works are going on in Chennai. The film was originally produced by Aascar Ravichandran, but Kamal Haasan’s​ Rajkamal Films International banner has reportedly taken the proceedings in its hands.