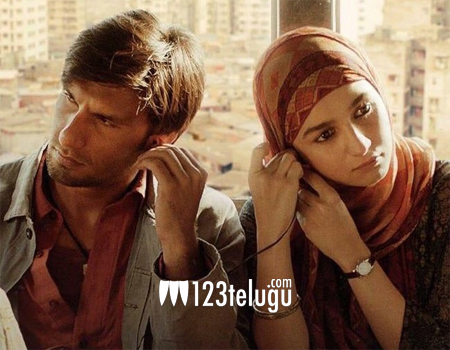 Gully Boy is one Hindi film which has been in the news from the day its trailer was launched. The film is based on the lives of underground hip-hop artists from Mumbai and has released today.

Ranveer Singh plays one of them and he has given a standout performance in his role along with Alia Bhatt. Zoya Akhtar directs this film which has been made in the slums of Mumbai.

So far, the film has received some very good reviews and the trade is expecting some good numbers on the first day. With the two Telugu releases, Dev and Lover’s Day not getting much attention, the concentration in the A centers is towards Gully Boy.