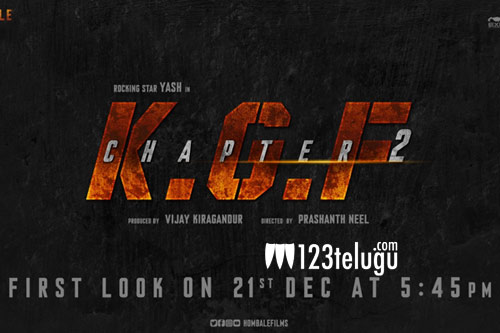 Sandalwood epic period gangster drama, KGF Chapter 1, was a massive success across the country. This Prashanth Neel directorial has Kannada star Yash playing the main lead. Following the Chapter 1’s mega success, expectations on Chapter 2 are quite high among fans.

Now, the makers today announced that KGF Chapter 2’s first look will be unveiled on December 21 at 5:45 pm. The film will be simultaneously released in Kannada, Telugu, Tamil, Malayalam and Hindi. Vijay Kiragandur is bankrolling this mammoth project and Sreenidhi Shetty is the leading lady in the movie. The film is slated to release in summer next year.