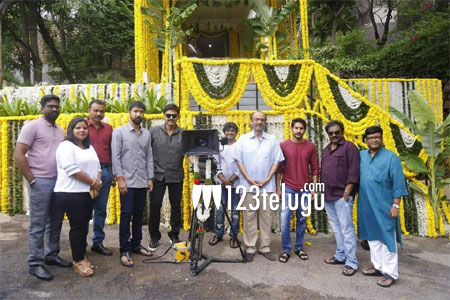 So, the day we were all waiting is finally here as the multi-starrer featuring Venkatesh and Chaitanya Akkineni was finally launched today in Ramanaidu Studios Hyderabad.

Hero Rana graced the launch as the guest and set the bell ringing for the film. Director Bobby is the man who has brought Venkatesh and his nephew, Naga Chaitanya together for a film for which ‘Venky Mama’ is being considered as the title.

Rakul Preet Singh will be paired up with Naga Chaitanya in the movie while the leading lady opposite Venkatesh is not zeroed yet. Suresh Productions and People Media Factory will produce the movie.