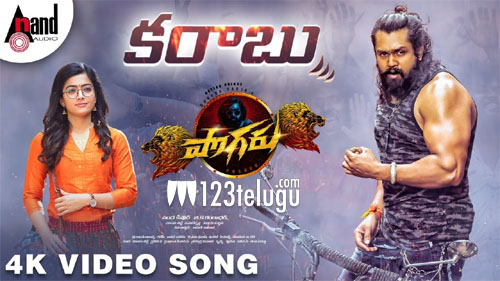 Kannada films are slowly but steadily making their presence felt in the country. Next in line is a film called Pogaru that is having a big release. The film stars Dhruva Sarja and Rashmika Mandanna as the main leads and today the first song of the film Karaabuu is out.

Touted to be a fun teasing number, this song is shot well and has good choreography and Dhruv stuns with his elegant dances. Nanda Kishore who is known for directing films like Victory, Adyaksha, Ranna, and Mukunda Murari is helming Pogaru, while BK Gangadhar who distributed more than 100 movies under his banner is bankrolling it on lavish manner.