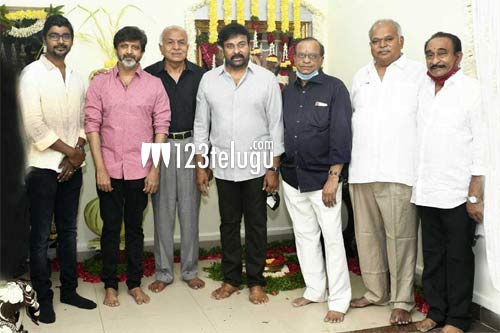 It is a known fact that megastar Chiranjeevi is doing a film that will be the remake of Malayalam hit Lucifer. The project was launched today at Super Good Office in the city’s Film Nagar area.