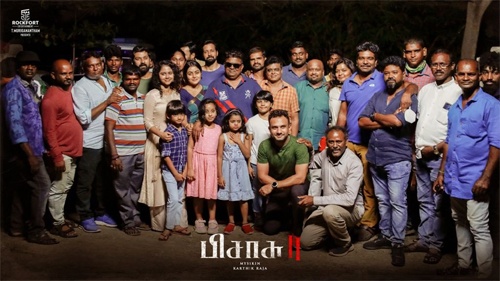 Despite his busy schedule, Vijay Sethupathi had agreed to make a cameo in the horror drama, Pisasu 2. The film is said to be a sequel to Pisasu which went on to become a surprise hit in 2014.

The news now is that the film has wrapped its shoot completely. Directed by Myshkin, the film has Andrea Jeremiah, Rajkumar, and Poorna in lead roles. The film will have some spine-chilling elements as per the news.

Vijay Sethupathi’s recent film in Telugu, Uppena, went on to become a huge hit and we need to see how he will be used in this film. The movie will also release in Telugu.