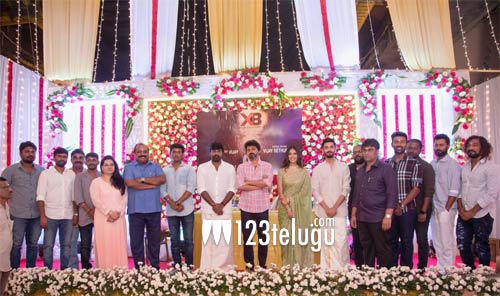 Ever since Tamil star Vijay’s 64th film under young filmmaker Lokesh Kanagaraj was announced a few months ago, fans have been excitedly waiting for the project to go on floors at the earliest. Makkal Selvan Vijay Sethupathi joining the project as the main antagonist has taken the hype to the next level.

And the latest update is that Thalapathy64 finally went on floors earlier this morning with a formal puja ceremony in Chennai. The regular shoot has also commenced today. Bollywood cinematographer KU Mohanan’s daughter Malavika Mohanan is the film’s leading lady.

Xavier Britto is producing the movie and Anirudh Ravichander is composing the music. Touted as an action thriller, this as-yet-untitled film will be hitting screens in summer next year.