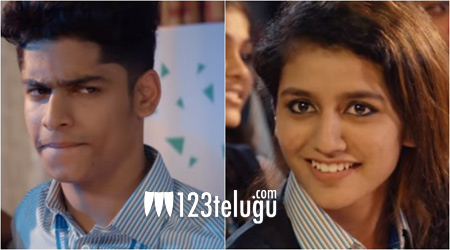 For the last few days, an upcoming Malayalam campus drama, titled Oru Adaar Love, has been the most talked about movie on the internet. Netizens across the country are floored by the charms of Priya Prakash Varrier, an 18-year-old college student who’s making her acting debut with the movie.

The film’s first song Manikya Malaraya Poovi went viral on social media, thanks to Priya Prakash’s cute expressions. The makers recently released a Valentine’s Day special teaser featuring Priya and the hero Roshan Abdul and even it received a thumping response and is trending at number 4 spot on YouTube.

The latest buzz is that Oru Adaar Love’s makers are planning to release the movie in various Indian languages, including Telugu, owing to the craze around the movie. Omar Lulu has directed the film, which stars several newcomers. Oru Adaar Love is slated for release on March 3. Shaan Rahman is the film’s music composer.