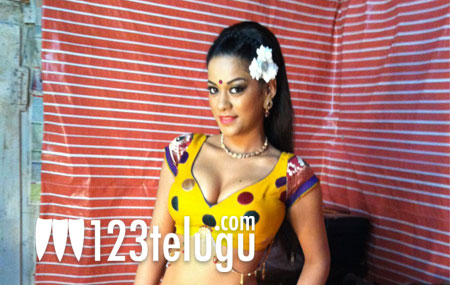 After missing in action for quite sometime, Mumait Khan is all set to sizzle in an item song in Gundello Godari. Kumar Nagendra is directing the film and Lakshmi Manchu is producing it. Recently, Mumait Khan landed in Rajahmundry where the song is going to be shot and much to the delight of her fans, she posted couple of pictures of her look on Twitter. Needless to say, she managed to create quite a storm on the social networking site. The film stars Aadhi, Lakshmi Manchu, Taapsee and Sundeep Kishan. Ilayaraja is composing the music and it’s also being made in Tamil. The film is an action love story set in the backdrop of the 1986 floods in Godavari.