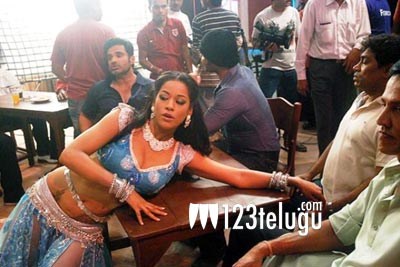 Saucy siren Mumaith Khan is all set to be seen in a sizzling new Bollywood item number. She has recently shot for a raunchy number in Suniel Shetty’s upcoming film ‘Enemmy’. The song was choreographed by noted choreographer Saroj Khan and Mumaith will be seen dancing atop bar tables in this number. Bappi Lahiri is scoring the music for this film.

Mumaith Khan’s only notable performance in Bollywood has been her item number ‘Seekh Le’ in Sanjay Dutt’s Munnabhai MBBS. ‘Enemmy’ has Mithun Chakraborthy, Suniel Shetty, Kay Kay, Johny Lever and Mahesh Manjrekar in key roles. The movie is being directed by Ashu Trikha.