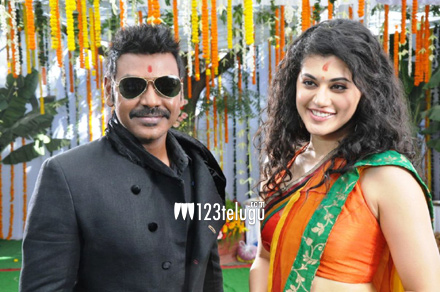 The principal shooting of Raghava Lawrence’s upcoming film Muni 3 is progressing briskly in Chennai. Lawrence and Taapsee are playing the lead role in this horror comedy. Bellamkonda Suresh is producing it. Ever since the film went on floors, Lawrence has been shooting the film without much noise and most part of the film is being shot in and around Chennai. Few days ago, Lawrence was spotted in Tirumala and he has been keeping a low profile for a very long time now. Muni 3 is the third installment of the Muni series. Lawrence’s previous film Kanchana was a huge hit and this time he’s planning to take the series to a much bigger and lavish scale. Anirudh Ravichander is scoring the music for this horror comedy.