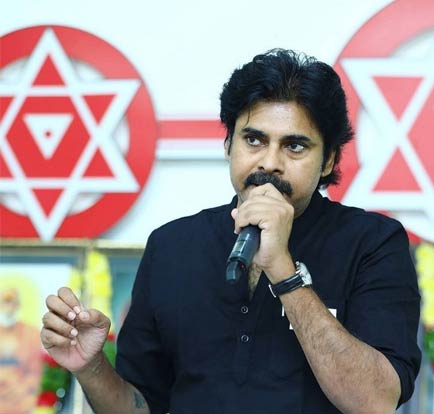 Following Janasena’s humiliating defeat in the local body elections in Andhra Pradesh, the party’s president Pawan Kalyan today made several shocking allegations against the ruling YSRCP, which registered a thumping victory across the state. Pawan alleged that the YSRCP has won the municipal elections by threatening the voters.

“YSRCP had threatened the voters by telling them that it will stop all the welfare schemes if they did not vote them to power. They warned the voters of not be able to avail the monthly ration, pension and educational schemes if they didn’t vote for YSRCP. They won this election not by winning people’s hearts, but by threatening to take away the food on their plates,” Pawan alleged.

Janasena party had aligned with the BJP and contested the municipal corporation elections, but failed to put up even a respectable fight. The defeat came on the very day Janasena is celebrating its 7th foundation day.