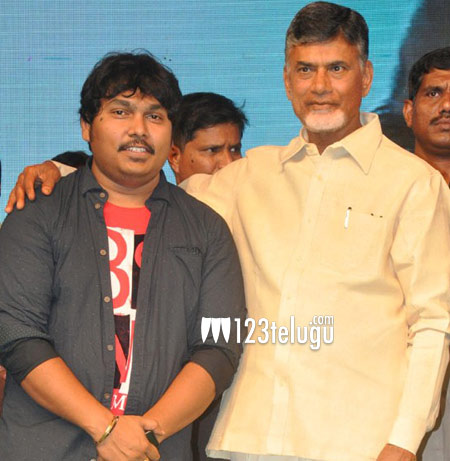 Young music composer Sai Kartheek has achieved a rare feat of composing for 50 feature films in a record time. Last night, the audio album of Sai Kartheek’s 50th film, Raja Cheyyi Vesthe, was released by AP CM Nara Chandrababu Naidu. Speaking on this occasion, Sai Kartheek said that even he couldn’t believe that he has hit the 50 films milestone so early.

Sai Kartheek made his debut with a low budget film titled Abbo Adavallu, which released in 2008. He later went on to compose for several low and medium budget films, before making his baby steps towards the big league with films like Om 3D, Paisa, Pratinidhi and Rowdy etc.

Sai Kartheek made a major commercial breakthrough with Nandamuri Kalyanram’s Pataas. The talented composer is well known in the industry for his racy background scores. His next big release is Sai Dharam Tej’s Supreme.