Music director raises expectations on this Vijay Sethupathi starrer
Published on May 12, 2020 12:01 am IST 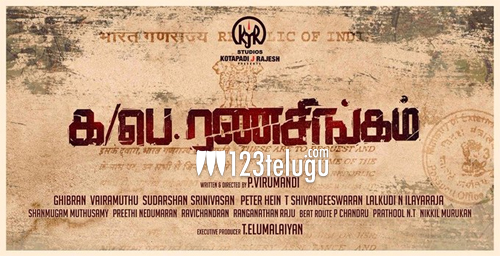 After being seen together in films like Rummy, Pannaiyarum Padminiyum and Dharmadurai, hit pair Vijay Sethupathi and Aishwarya Rajesh will be seen together in a film titled, Ka Pe Ranasingam for the fourth time.

The film has completed its shooting part before the lockdown period and currently is in the post-production stage. Meanwhile, updating about the film’s status, noted music composer Ghibran tweeted ” Saw #KaPaeRanaSingam and started working on the BG Score for the movie. After #Aramm, this is one of the very important movies in Tamil Cinema and I’m really happy n proud to be a part of it… brilliant performances by @aishu_dil n @VijaySethuOffl …@kjr_studios @pkvirumandi1″.

Now, this post from the film’s music composer is raising expectations for the film. Being directed by P. Virumandi, the film will hit the screens soon after the theatres are opened.