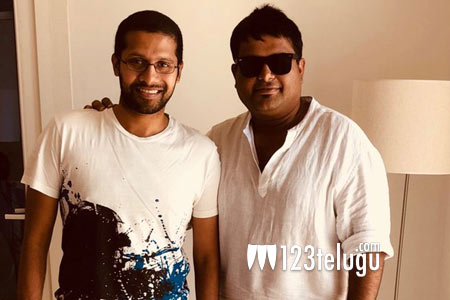 It is a known fact that Akhil will be working in the direction of Venky Atluri of Tholi Prema fame. The film was launched formally last month and Thaman has been roped in to compose the music for the film.

The latest we hear is that Thaman along with Venky has kick-started the music sittings for the film. The last time both Venky and Thaman collaborated was for Tholi Prema and we all know what kind of hit music Thaman gave for this film.

BVSN Prasad produces this film which will be made on a huge scale.