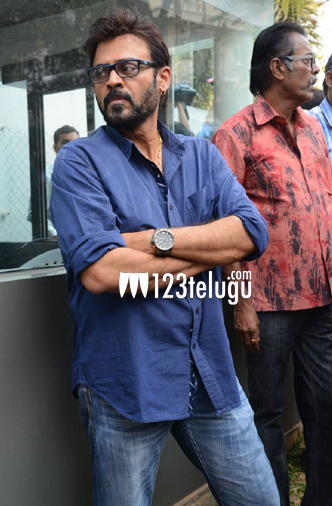 The death of movie moughal D Ramanaidu has left a huge void in Tollywood. The legendary producer passed away earlier today and speaking about his demise Venkatesh said “My father had a peaceful death, and I pray that his soul rests in peace”.

Tollywood celebs have been turning out in huge numbers to pay their respects to the legend. Ramanaidu’s last rites will be performed tomorrow afternoon. His body will be kept in Ramanaidu studios for general public.