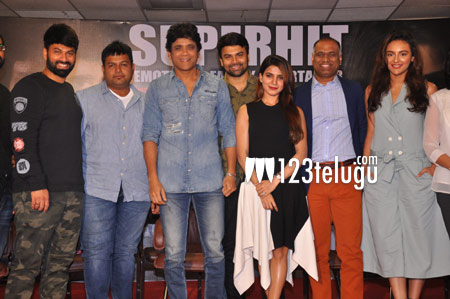 Akkineni Nagarjuna’s latest outing, Raju Gari Gadhi 2, released on Friday and is running with a good word of mouth. The film has collected close to 8 crores share in two days in both the Telugu states.

Samantha, who played a crucial role in the film, is being appreciated for her performance from all quarters. She expressed her happiness by thanking Telugu audience for accepting her in this particular role.

She also added that this film is so special for her as her father-in-law acted in it and helped her a lot while performing in the climax sequence.