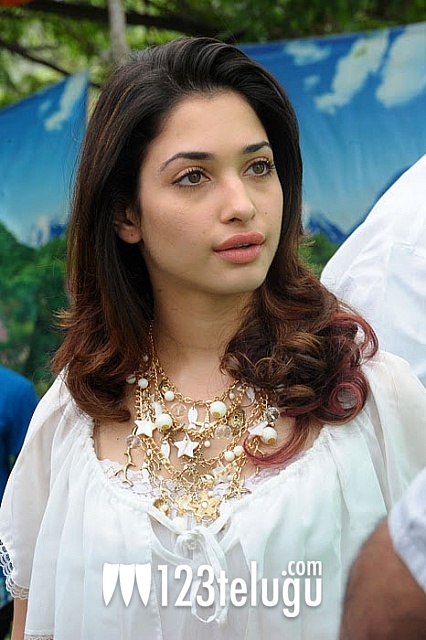 Milk white beauty Tamanna says that her priority for the year 2012 will be the Telugu Film Industry. ” You will see me very actively in the Telugu circuit this year. I already have three films which are in various stages of production and a couple of other offers are in the pipeline. This will be a busy year for me here. I have a few Tamil offers as well but I have not accepted any of them yet”, says Tamanna.

Tamanna will be seen in Ram Charan Tej’s ‘Raccha’, Ram’s ‘Endukante Premanta’ and Prabhas’s ‘Rebel’ in the first half of this year. She is currently among the most sought after actresses in Telugu and it looks she wants to consolidate that position completely before heading back to Tamil films. Smart girl!