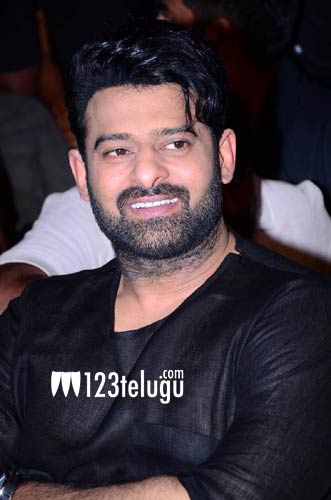 Speaking at the grand pre-release event tonight, Saaho star Prabhas was all praise for the film’s cast and crew. The Rebel Star thanked and appreciated each and every core technician and actor for their invaluable contribution for the film.

Talking about the film’s producers, Vamsi, Pramod and Vikki, Prabhas said that his producers could have easily earned a profit of Rs 100 crores had they compromised, but they think twice and made a big sacrifice to mount the film on a lavish scale to make it a memorable project.

Prabhas also had some nice things to say about his heroine Shraddha Kapoor for her dedication for the past 2 years. The macho actor heaped praises on his director and said that Sujeeth will become an international director one day. Saaho is hitting theaters on August 30.