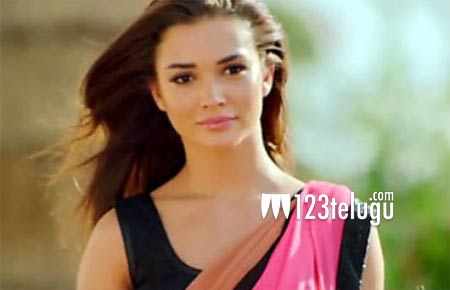 Ever since she made her debut in AL Vijay’s Madrasapattinam, Amy Jackson’s popularity has soared in Tamil cinema. Within a short duration, the actress ended up bagging two big projects in Shankar’s direction and she’ll soon be seen opposite Rajinikanth in 2.0.

However, the actress agrees that her roles in Indian films are limited. “No one expects me to do the role of a village girl. That’s not my category. But the roles that are open to me aren’t a problem for me,” she says. Interestingly, the actress is said to be playing a robot in Shankar’s 2.0; however, the rumour hasn’t been verified yet. Apart from 2.0, the actress will also be seen in couple of Kannada films including ‘The Villain’ and the remake of Queen.

Meanwhile, Amy Jackson has been focusing on learning Hindi for the past few months and she confesses that she takes classes whenever she’s in Mumbai. If not, she interacts with her Hindi tutor on Skype.