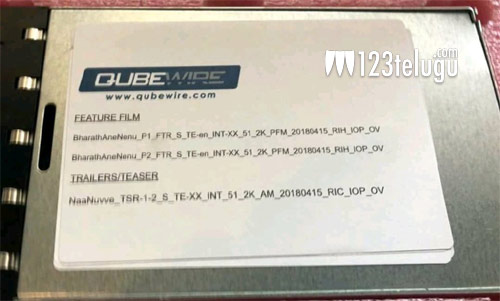 The makers of Naa Nuvve have started the promotions of their film on a good note as they are revealing the posters and audio songs one after the other in an interesting manner.

Now, the latest we hear is that the trailer of the film will be attached along with Bharath Ane Nenu which will be out this Friday. Naa Nuvve has Kalyan Ram in a romantic role for the very first time in his career.