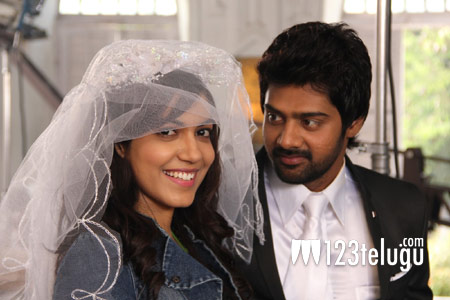 Naveen Chandra ,who made his debut with ‘Andhala Rakshasi’, has earned good recognition for his acting skills. His second film was ‘Dalam’ and the movie received critical acclaim. Naveen was appreciated for his raw portrayal of the character.

Naveen is now getting ready with a new film titled ‘Naa Rakumarudu’. With this film, Naveen is looking for an image makeover and he is looking quite stylish in his new avatar. The movie is expected to be a romantic comedy entertainer. The shoot of the movie has been completed and post production work is going on. The audio of the movie will be launched on 19th of October. Achu has composed the music for this film.

Ritu Varma is making her debut as a heroine with this film and Satya is the director. Vajrang is producing this movie on Harivillu Creations banner.