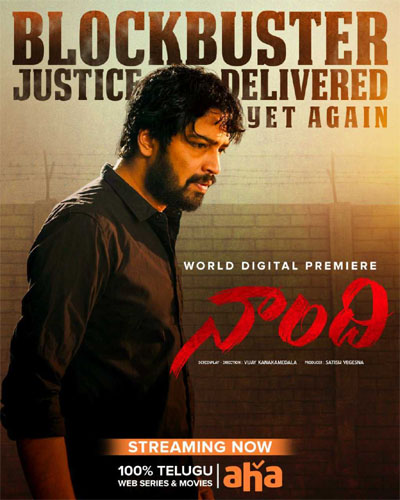 According to the latest updates from Aha’s team, Naandhi has pulled off a sensational feat. The film has already clocked over 100 million viewing minutes on the platform. This record viewership is almost on par with Ravi Teja’s Krack. Audiences who couldn’t watch the film in cinemas rushed to Aha, thanks to the glowing reviews it received upon its release. Satish Vegesna has produced Naandhi.