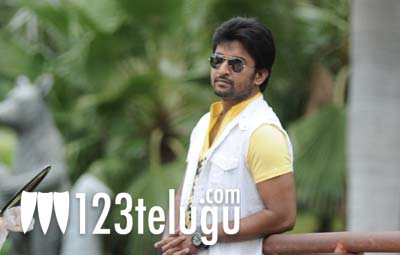 Hero Naani stands out for his simplicity. Audience can easily relate to the characters he portrays on screens and he has been accepted as a hero. Surprisingly, he has even agreed to play second fiddle to a housefly in Raja Mouli’s “Eega.” Ask him about that and he says as a matter of fact, “The housefly is the real star of the film. Something like this has never been done before in Telugu cinema and I am confident of walking away with brownie points.” In a day where heroes of all hues and caliber, swear by commercial cinema, Nani is perhaps the only hero who stays true to the art and craft of cinema, while still managing a hit ratio that few in the industry have. The secret seems to be the belief he puts in the script and the director. He says “I am doing the kind of films that I want to watch. The only benchmark is that I should be proud of my films when I show to my friends and family. Whether they turn out to be a hit or a flop is not in my control.” Not only his friends and family but a lot of regular movie goers too seem to like watching his films. Pilla Zamindar, which turned out to be a huge hit, is a case in point. Of that film Nani says “I am thrilled with the response. We expected the film to catch on gradually, but to my surprise, the film released to a great opening.”