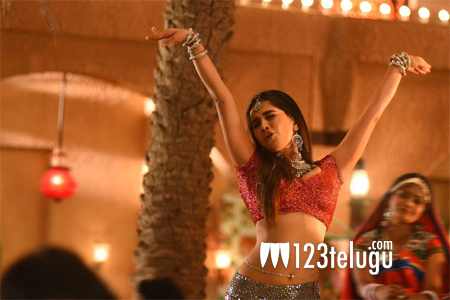 In Dimaak Kharaab, Nabha is seen in rural costumes and her look is quite alluring in the Telangana village belle avatar. Manisharma has come up with an energetic mass number with folk touch. Puri Jagannadh is co-producing iSmart Shankar with Charmme. The film is slated for release in May end.