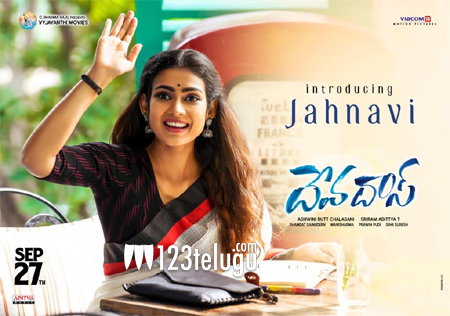 Bollywood starlet Akanksha Singh is keenly awaiting the release of her second Tollywood outing, the Nag-Nani multi-starrer Devadas. In the film, Akanksha is paired with Nagarjuna and she is all praises for the star hero.

In a latest interview with an English daily, Akanksha said that Nag had advised her not to say the dialogues loudly during outdoor shootings, but according to the lip sync. She said that she followed Nag’s advise and things became so easy for her.

Akanksha also had some nice things to say about Nag’s behavior on the sets. “Nag sir is a sport and whenever he’s on the sets, it’s all positive vibes. He’s got a tremendous aura, but he’s still so chilled out,” she said. Devadas is slated for release on September 27.