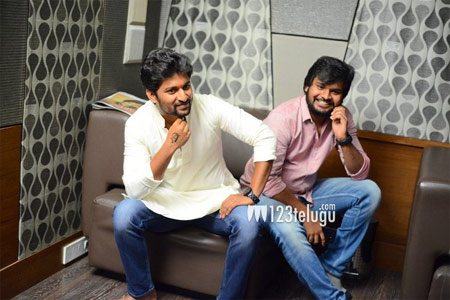 The much-awaited multi-starrer featuring Nagarjuna and Nani has been launched with a formal puja ceremony this morning. The puja was held at music composer Manisharma’s studio.

While Nani, the film’s director Sriram Adittya, Manisharma and producer Ashwini Dutt attended the ceremony, Nag had to miss it as he is shooting for RGV’s film in Mumbai. Music sittings for the film have begun already.

Even though Kannada actress Shraddha Srinath and another top heroine are said to have been roped in by the makers, an official announcement regarding the same is awaited. Stay tuned for more updates.