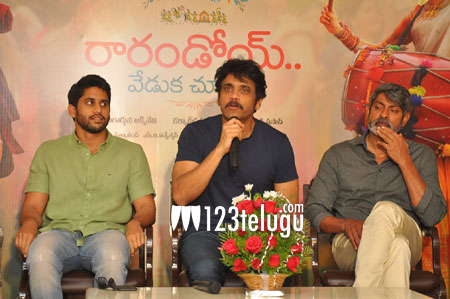 Within no time, the makers of Rarandoi Veduka Chooddam have wrapped up the film. Speaking about the same earlier today, the film’s producer, Nagarjuna said that the film has traces of both Ninne Pelladutha and Manmadhudu.

Adding further, he said that it is a perfect film for Naga Chaitanya as the film has both romance and family values and will allow him to showcase his acting capabilities.

Rakul Preet Singh plays the female lead in this film which is directed by Kalyan Krishna of Soggade fame. The makers have planned to release the film in the second week of May.