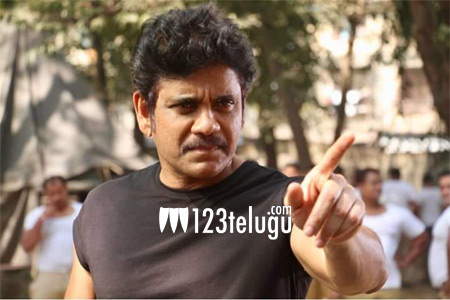 We all know that Nagarjuna is working for a film called Officer with Ram Gopal Varma. The latest we hear is that the shooting of the film is going on a brisk pace in Mumbai.

Some tense scenes were shot on Nagarjuna earlier today in a gangster backdrop. RGV is making this film on a serious note and he is making sure that he scores a hit any cost this time around.

The teaser did not create much buzz and the onus is now on the theatrical trailer which will be released soon. Watch out this space for more updates on this project.