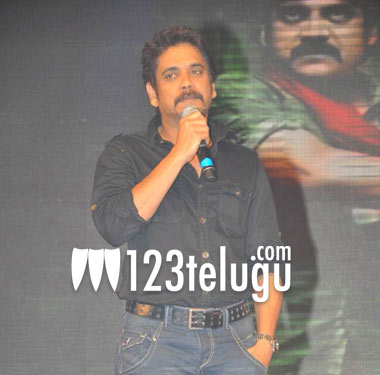 Akkineni Nagarjuna is normally a very cool person and he doesn’t let emotions get the better of him in public. But he turned a little emotional at the audio launch function of ‘Damarukam’ today. Speaking at the event, Nagarjuna said that he was extremely proud of his fans who have stood by him through thick and thin. He also gave a veiled criticism of people who tend to segregate directors as ‘big directors’ and ‘small directors’.

“In my career, I reached rock bottom thrice and managed to pick myself up again. As long as I have my fans, I will continue to climb. As for directors, there are no small directors and big directors. There are only capable directors. So called small directors have given many wonderful hits in the past” said Nagarjuna. He also expressed happiness at the response Shirdi Sai has been getting.