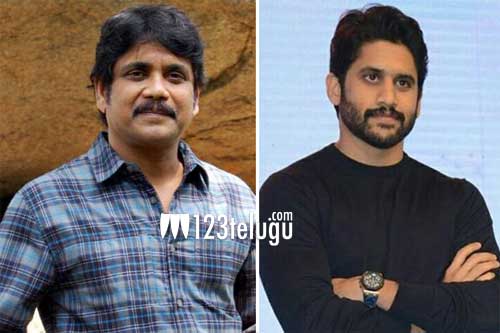 Naga Chaitanya has apparently agreed to his father Nagarjuna’s proposal and he will be sharing the screen space with the latter in Bangarraju, the sequel to Soggade Chinninayana.

The makers of Bangarraju approached a few young actors for an important role in the film but things did not materialize. They later came in touch with Chaitanya who readily agreed to star alongside his dad.

The last time Naga Chaitanya and Nagarjuna shared the screen space was for Manam which was a blockbuster. They are set to collaborate again for Bangarraju.

Kalyan Krishna is penning the final draft currently and the film will commence shoot once the government permits film shootings. Nagarjuna will produce the film.