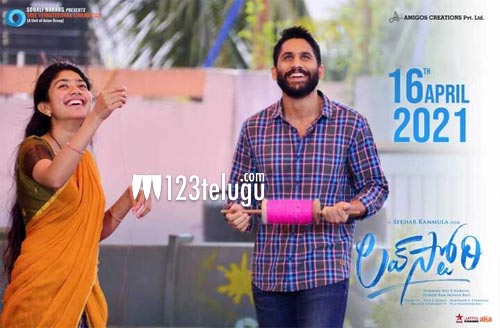 It’s official now. The makers of Naga Chaitanya and Sai Pallavi’s upcoming romantic drama, Love Story, have locked April 16th as the film’s release date. This Sekhar Kammula directorial will be eyeing to utilise the summer holidays advantage upon its release.

Love Story’s Ey Pilla song and the recently released teaser have raised the expectations on the movie. Senior producers K Narayandas Narang and P Ram Mohan Rao are bankrolling the project in association with Sekhar Kammula’s Amigos Creations. Newcomer Pavan’s audio album will be something to watch out for ahead of the film’s worldwide release.