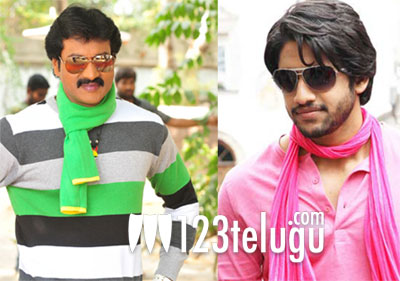 Yuva Samrat Akkineni Naga Chaitanya and Comedy Hero Sunil are teaming up for a new film which will be a remake of the Tamil hit ‘Vettai’. The official launch of this movie will take place tomorrow morning at 7am in Ramanaidu Studios. Bellamkonda Suresh is producing this movie and P.Kishore Kumar (Dolly) is the director. Dolly directed the movie ‘Konchem Ishtam Konchem Kastam’ earlier.

Sunil is playing the role of shy and timid cop while Naga Chaitanya will be seen as his aggressive younger brother.Hansika is said to be one of the heroines for the movie while the other slot is still empty.