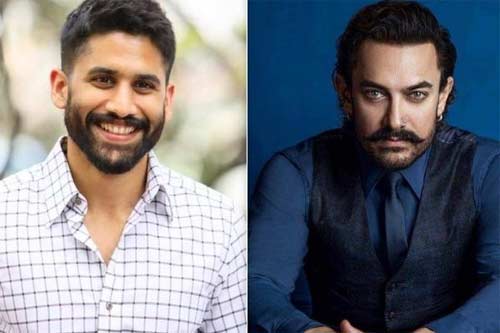 For the past few weeks, rumours are rife in Bollywood that Naga Chaitanya will be playing a key role in Aamir Khan’s forthcoming film Laal Singh Chaddha, the Hindi remake of Forrest Gump. The actor is said to be replacing Vijay Sethupathi in this prestigious film, even though there has been no official statement from either Naga Chaitanya or Aamir Khan’s team.

Meanwhile, the latest reports in Bollywood suggest that the Laal Singh Chadda team is planning to shoot key portions of the film in Kargil and Ladakh. And Naga Chaitanya is expected to join the team in this shoot which will go on for 45 days. A formal announcement is expected to be made soon.

On the other hand, Naga Chaitanya flew to Italy recently to shoot for his next Telugu film, Thank You. Directed by Vikram Kumar, the film also has Raashi Khanna in a lead role. His next release, Love Story, directed by Sekhar Kammula, has been postponed due to second wave of Covid-19.