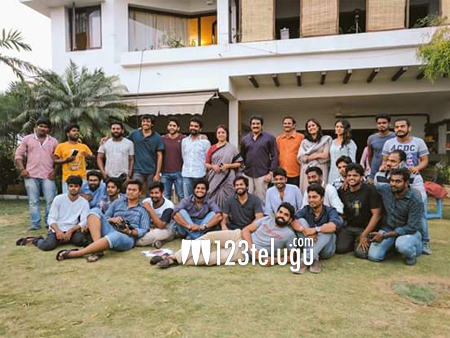 It is a known fact that Naga Chaitanya is working in the direction of Krishna Marimuthu. The latest update reveals that the film has already completed it first scheduleThe film stars Lavanya Tripathi as its female lead.

The movie has a Hyderabad backdrop and has Lavanya Tripathi pairing up with Chay for the first time as the female lead. The movie has music by Vivek Sagar of Pellichoopulu fame.

Sai Korrapati is producing this movie and SS Rajamouli’s son Karthikeya is also associated with this project.