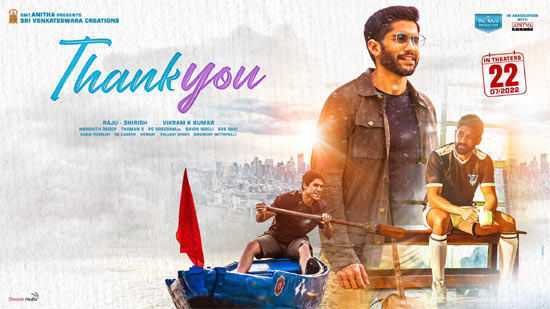 Thank You is one of the most awaited Telugu movies in recent times. Starring Naga Chaitanya, the feel-good movie is directed by Vikram K Kumar, well known for Manam, 24, and Ishq. The film is up for a grand release in theaters worldwide this Friday.

The latest news is that the movie completed its censor formalities and was awarded a U/A certificate. In the meantime, the movie’s official runtime is also locked and it is 2 hours and 9 minutes, which is a very crisp runtime for any recent Telugu movie.

While Raashii Khanna played the lady love of Naga Chaitanya, Sai Sushanth Reddy played a grey role in Thank You. The film also has Malavika Nair, Avika Gor, Prakash Raj and others in prominent roles. Thaman S is the music director for this movie, produced by Dil Raju. 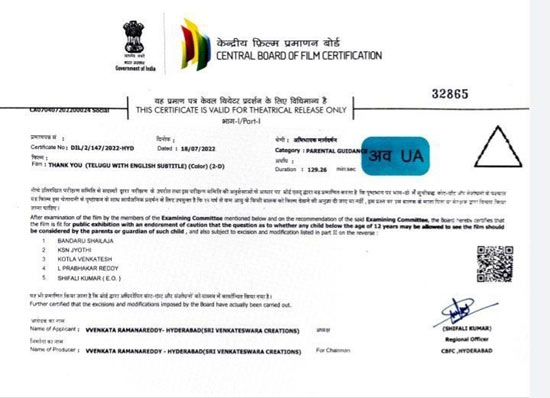